It Takes All Kinds

Harmon Tomeral and his friends wanted nothing more than to go to space, and they have beaten the odds, time and again. They developed a mech and won the Top Fleet Marine Competition. They brought back a battlecruiser from an unknown system and made it their own. They made allies who helped them achieve great victories, and they ultimately founded new colonies in what has become known as the Salvage System.

The galaxy is a big place, though, peopled with thousands of races, and most haven’t graced the pages of a Salvage Title book…until now.

“It Takes All Kinds” contains fourteen all-new stories showcasing some of the aliens in the Salvage Universe, and helps give a wider view of the galaxy as events continue to transpire in The Coalition series. From smugglers you’ve seen before to races and their pets that you haven’t, one thing’s for sure—Harmon Tomeral will be there to stick up for the little guy. From aliens looking for that special guitar to AI’s looking for a little more life, it’s all in here. Just remember, though—Laney ain’t recruiting!

Inside are potential allies for Harmon Tomeral and his friends…as well as some of the adversaries who are lining up against Salvage System. Who are these new races? Take a look inside and find out!

Read it on Amazon

Mark Stallings is an Amazon Best Selling Author, member of Pikes Peak Writers, speaker at International conferences on Technology topics, is a writer of Wuxia, Fantasy, Thrillers and Military Sci Fi.  He is a competitive shooter, avid martial artist, drinker of craft beer, and motorcycle enthusiast. 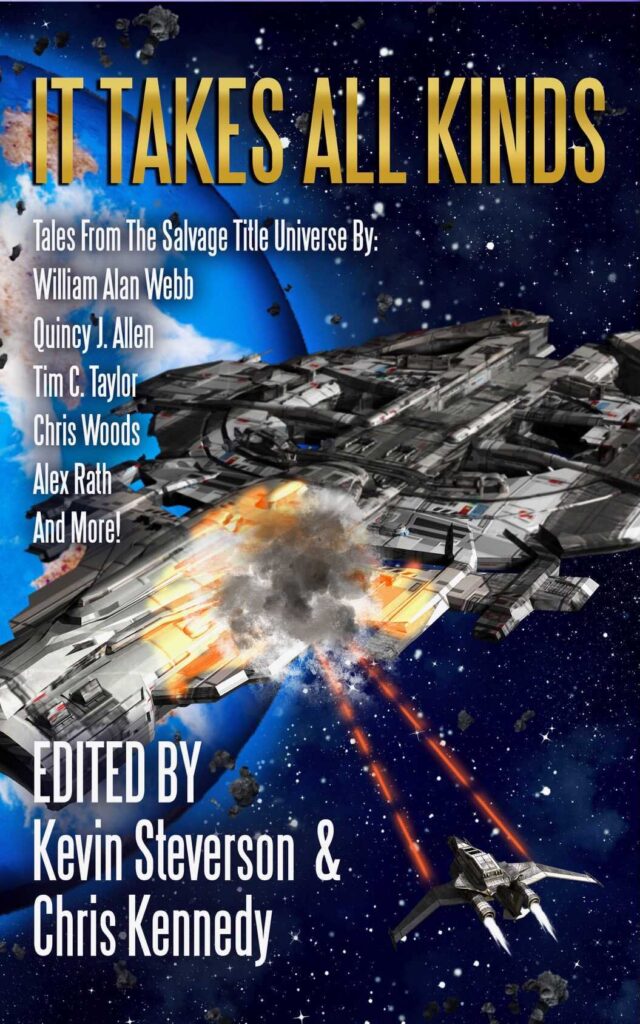